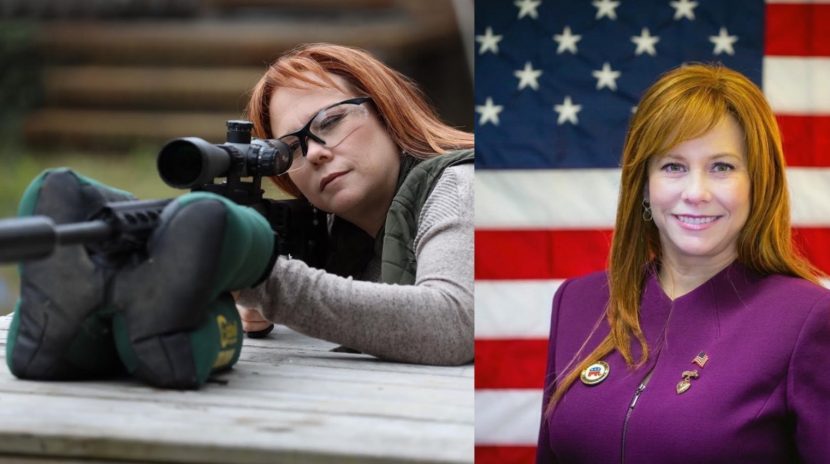 With the redistricting of North Carolina’s first congressional district, Sandy Smith feels confident in her chance of being the first Republican in over 100 years to represent the district. More rural parts of the state were added to the 1st district and Durham and Granville counties were removed. The redistricting of North Carolina was forced by Democrats in an attempt to gain more seats. However, it makes the 1st district seat more competitive and winnable by Smith.

Durham is about half the size of Raleigh, NC, and was the 1st district representative G.K. Butterfield’s (D) stronghold before redistricting. Butterfield is a 73-year-old, member of and former chair of the Congressional Black Caucus and Butterfield has held the seat since 2004. Even with the redistricting changing the district from a D+36 to a D+2, Butterfield is trying to hold on to his seat.

Smith is a hardline, hard-hitting ‘true’ conservative. She doesn’t pull punches and likes taking potshots are NeverTrump Republicans like Mitt Romney, who stabbed President Trump in the back by voting for one of two articles of impeachment during a Senate trial. In an email Smith said in part:

With the way President Trump has masterfully handled the Russia hoax, the impeachment hoax, and now the Coronavirus, he will be reelected in a landslide. The Fake News is begging him to stop his nightly press conferences that are getting him higher approval numbers than any president in recent history. That’s why I’m running. President Trump has accomplished so much with constant pushback from the socialists. Imagine what he can do with a supportive Congress! First, the Never-Trumper Republican establishment – Mitt Romney and Paul Ryan, the “Surrender Caucus”- fought against the President’s attempts to get government out of our Health Care. Then, Nancy Pelosi and the revenge-driven Democrats started pushing for open borders and higher taxes, a page right out of the Communist Manifesto and implemented by the Soviet Union!

Political attacks certainly aren’t limited to her ‘RINO’ counterparts in the slightest, although that helps to set her apart as the type of Republican she is. Smith has been brutal on calling out her Democrat opponent as well, who is in jeopardy of getting swept out of his seat due to a potential Trump wave that could bring people from the valleys, the cities, and the mountains to paint the ballots red in November.