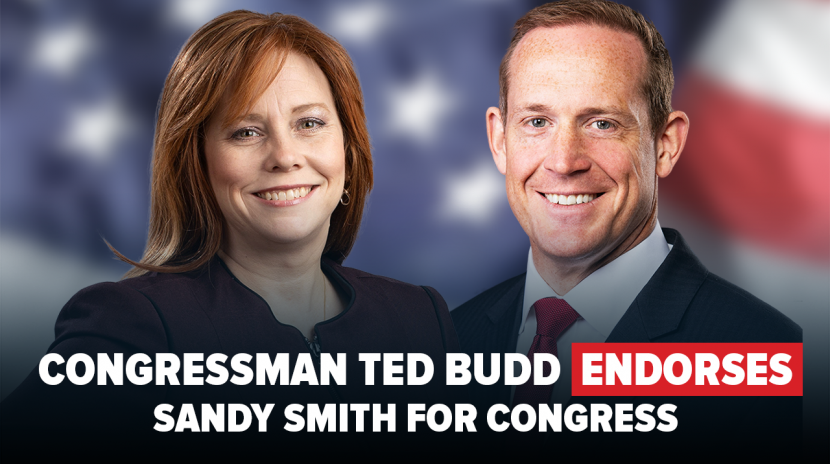 Sandy Smith, the Republican challenger in the 1st Congressional District election, has been endorsed by one of North Carolina’s current Republican representatives.

U.S. Rep. Ted Budd, who represents the state’s 13th Congressional District, said Smith is “a fighter who will build the wall and stand up for our Second Amendment rights.”

“We need Sandy Smith in Congress to help pass the Trump agenda,” Budd said. “She’ll stand up to Nancy Pelosi and the political games played by D.C. insiders because she knows the hardworking people of the First District deserve immediate action and meaningful results.”

Sandy Smith, who describes herself as a pro-Trump conservative businesswoman, won the Republican Party’s four-way primary election by 77 percent of the vote in March.

Smith was the only candidate in that contest who lived in the 1st Congressional District.