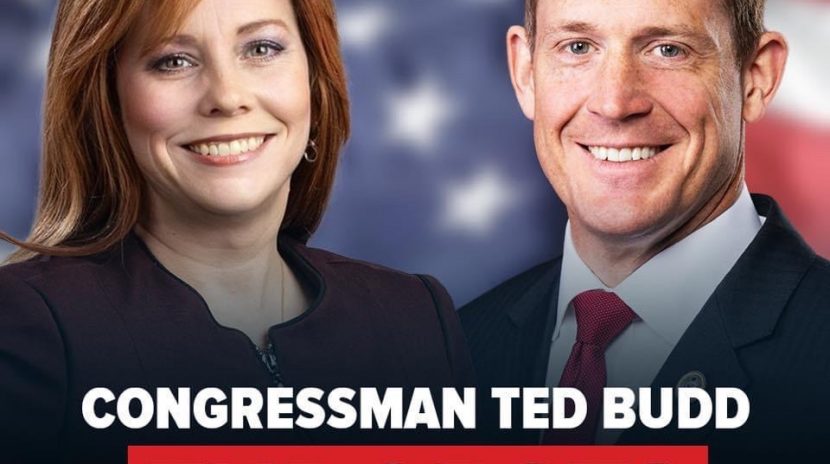 Sandy stated, “So honored to have North Carolina Congressman Ted Budd’s endorsement! He is a conservative fighter and this endorsement means a lot.”

Congressman Ted Budd released the following statement about the endorsement:

“We need Sandy Smith in Congress to help pass the Trump agenda. She’ll stand up to Nancy Pelosi and the political games played by DC insiders because she knows the hardworking people of the First District deserve immediate action and meaningful results. We need a fighter like Sandy who will build the wall and stand up for our Second Amendment rights.”

Sandy Smith (R) is a pro-Trump conservative businesswoman who won her four-way primary election by 77.31% of the vote. Sandy Smith has also been endorsed by Congressman Mark Meadows who has now moved on to be President Trump’s Chief of Staff, Congressman Mark Walker, National Association for Gun Rights, Bishop EW Jackson, ALIPAC, and many others.