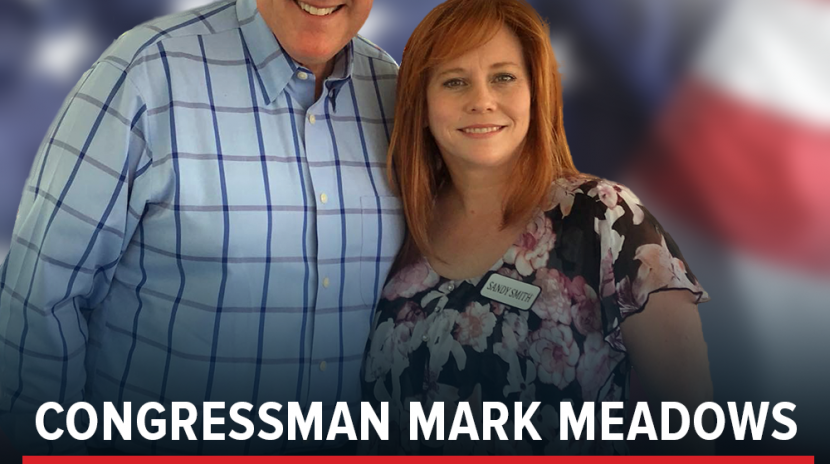 After learning of the news of the endorsement, Sandy said, “Congressman Meadows is a great patriot and I am proud to have his endorsement.”
Sandy continued, “It is probably one of the strongest endorsements one can get nationally and in North Carolina simply because of who he is in the conservative movement, all he has accomplished in Congress for conservativism and helping President Trump move forward the America First Agenda.”

Sandy Smith (R) is a pro-Trump conservative businesswoman who won her four-way primary election by 77.31% of the vote. Sandy is running against GK Butterfield (D) in the newly redrawn and more competitive North Carolina’s 1st Congressional District. Go to http://sandysmithnc.com to learn more.