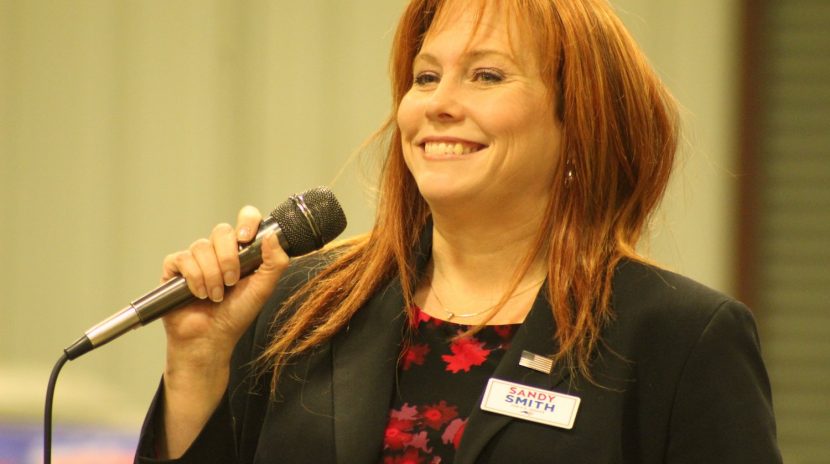 Sandy Smith jumped out to an early lead and never gave it up in her pursuit of an opportunity to challenge U.S. Rep. G.K. Butterfield in the fall.

As winner of the Republican primary race Tuesday, Smith will challenge Butterfield, a Wilson Democrat who has held that seat since July 2004. Butterfield didn’t face a primary challenger.

Smith had invested in numerous radio spots and had posted some of the largest political signs around Wilson declaring complete support for President Donald Trump.

The East Carolina University graduate and Winterville resident has an extensive business background.

Smith said during the campaign that “our nation is in crisis.”

“These socialists on the Democrat side really want to change our country for the worse. I am a fighter who will fight against it. I’m tired of the do-nothing politicians like Democrat G.K. Butterfield. He has represented the 1st District for over 15 years and has done nothing. Northeastern North Carolina is forgotten about in this state, and we need someone like me who will stand up and fight for this area.”

Christy Fyle, chairwoman of the Wilson County Republican Party, said Smith will be a formidable opponent against Butterfield.

“She has leadership skills that are necessary and she will make sure that District 1 will benefit,” Fyle said. “That is something that G.K. has not done. He has shown concern, but I think she can do things to make our communities better.”

“Sandy is going to be a force to reckon with,” Fyle said.