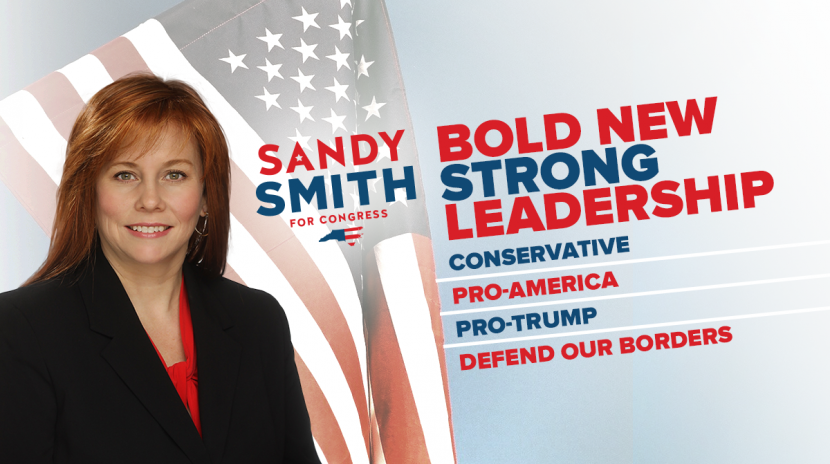 “After many discussions with my family, my supporters, and other conservative Republican members of Congress, including members of the House Freedom Caucus, it is very clear, we have to win back the House in 2020 and North Carolina needs to make up for our lost seats due to redistricting.

With much prayer, thought and encouragement, I have decided to run for Congress in North Carolina’s newly redrawn 1st Congressional District, which is now my home district.

After the Democrats forced the North Carolina legislature to redraw the congressional maps, North Carolina’s 1st District is now much more competitive and a winnable seat for Republicans.

Why not continue to primary Thom Tillis? I originally ran against Thom Tillis for the US Senate in order to defeat him for his horrible anti-Trump rhetoric, opposing the border wall, supporting gun control, among other liberal positions.

It was not long after I filed for Senate that he began to change his tune and passionately support President Trump. He even changed his vote in support of the border wall, even though he publicly said he would not support it previously.

Thom Tillis now owes President Trump for helping him clear the field, and honestly, Tillis can’t win reelection against the Democrats without President Trump’s help. So I have a feeling he will remain a supporter of the president, at least until November. By 2020, there should be more conservative senators in office to counter Thom Tillis if he decides to go back to his old ways.

I owe it to our citizens to do what is best for the country. And that means running in North Carolina’s 1st Congressional District against Democrat G. K. Butterfield. G. K. Butterfield just voted for the impeachment coup of arguably one of the greatest presidents our nation has elected. He supports gun confiscation, socialism, abortion on demand up until birth, and open borders.

I would like to thank all of my family, supporters, donors, and volunteers for fighting alongside me on this journey to save our state and our country. I hope I can continue to count on your support in this next phase of my campaign to take back the House of Representatives.

I will always defend our Constitution, support President Trump, and fight for the values I hold dear – God, life, family, our rights and our liberties.

Thank you and God bless.”

Sandy Smith, a pro-Trump conservative businesswoman comes from a military family is running to serve in the United States Congress. Go to http://sandysmithnc.com to learn more.