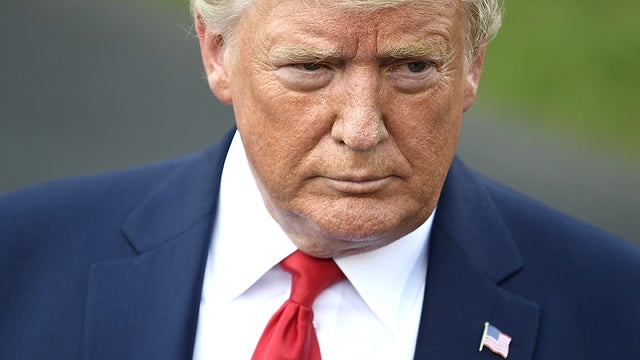 Donald Trump has called the two mass shootings in Texas and Ohio “barbaric”, after at least 31 were killed in less than 24 hours over the weekend.

In his first remarks about the shootings in El Paso and Dayton, the president condemned the evil of white supremacy as authorities said they were investigating an anti-immigrant manifesto tied to the suspect in El Paso. The president also said he had spoken with attorney general William Barr, urging the US Justice Department to implement the death penalty for hate-crime mass-murders.

“Mental illness and hatred pull the trigger, not the gun,” Mr Trump said from the White House. “In one voice, our nation must condemn racism, bigotry and white supremacism,” he added. The president talked about the “glorification of violence” as he hit out at violent video games “that are now commonplace” and that must be “substantially reduced”. Violence in video games has been a constant line of attack for Republicans since the 1990s.

However, while Mr Trump called for “bipartisan solutions” over the shootings, he did not mention any new restrictions on guns in this speech.