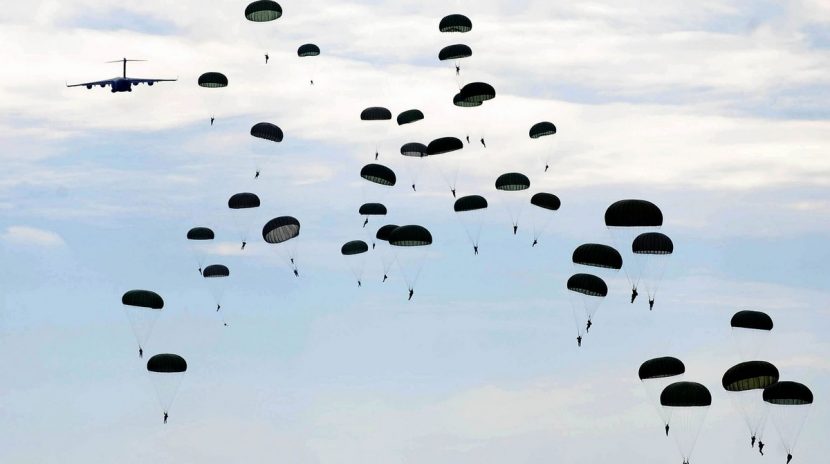 FORT BRAGG, N.C. — A U.S. Army master sergeant has enjoyed what he calls the highlight of his military career by joining his son in a jump with the 82nd Airborne Division.

The Fayetteville Observer reports Master Sgt. Michael Mabry boarded a C-17 Globemaster III in January along with his 18-year-old son, William, and jumped into Sicily Drop Zone at Fort Bragg.

For the elder Mabry, it was his 116th jump. For William, who’s a private, it was his sixth jump overall and first with the 82nd.

While they serve in the same division, William Mabry says he sees his father once in a while, but they keep it professional. Michael Mabry said he wants to be his son’s dad and not his noncommissioned officer, but he can give him guidance on being successful.